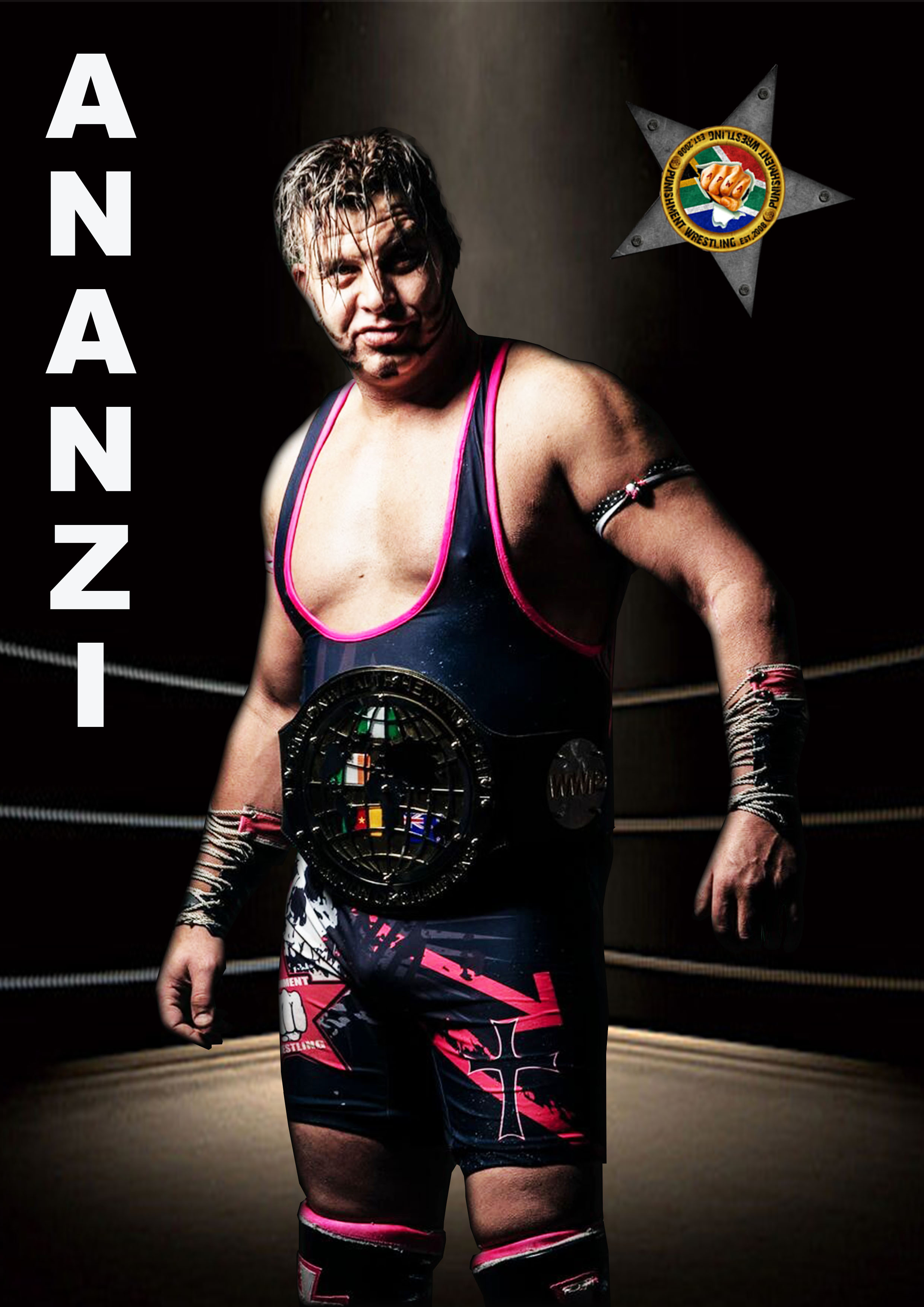 Kobus Erasmus aka Ananzi (meaning mythological folk hero) that goes by nick names that fans gave him the lion of Africa or the great one, trained by his uncle Danie Voges, and 5 time world champion Booker-T.

Ananzi one of the biggest superstars in  the African continent that holds nothing back in the ring. His all round ability and adrenaline-pumping moves made him a fan favorite and earned him big victories in the wrestling universe. Wrestling may run in his blood as Ananzi is the nephew of legend Danie Voges but ananzi has been known as excelling at many other sports, including the martial arts ranked 6th in the world and freestyle Olympic wrestling s.a champion. This super athlete integrates this into his knowledge and style, making him one of the most unique and most intimidating competitors in wrestling and a serious threat to other competitors.  Ananzi the great one has made his mark worldwide holding victories in DRC, (Congolese champion) mexico, usa, Europe and india. Ananzi leaves the fans on the edge of their seats whenever he competes. Bearing an arsenal of deadly mopves and the ability to move surprisingly quick for hes size, the is no doubt Ananzi is one-of-a-kind…